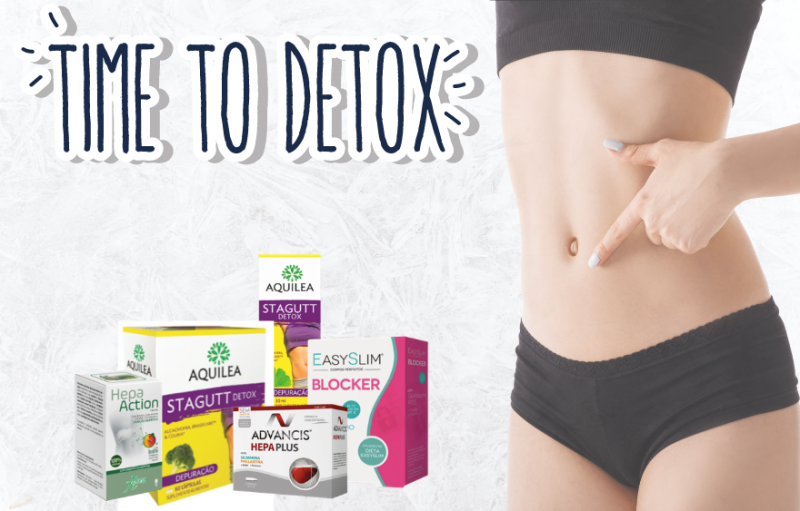 Why is liver detoxification so important?

The influence of the digestive system in the development of numerous disorders that compromise our quality of life is, today, a subject on which countless studies fall. The proper functioning of the gastrointestinal tract significantly influences our general well-being and depends on the various organs that make it up, such as the liver: one of the largest and most important organs in the human body.

The liver plays a crucial role in most metabolic processes, filtering the blood and transforming the harmful substances that we produce, or to which we are exposed daily, into products with less toxicity, thus facilitating its excretion, either through urine or by bile. But, how will our bodies react if the liver does not fulfill its role effectively and if the kidneys do not eliminate toxins correctly? The most certain thing is that it starts to manifest a set of signs that indicate that we are facing the principle of generalized intoxication, the result of the accumulation of these metabolic products in our internal liquids. Therefore, it may be pertinent to ask you the following questions: have you experienced any of these symptoms without realizing their true origin? How many times have you considered tiredness, memory failures, lack of mood, and anxiety as circumstantial factors? How much did you devalue the headaches, the blurred vision, the stuffy nose, the dry, whitish mouth, and the itching on your scalp and skin?

The truth is that, in just 1 hour, we produce enough toxins to kill a small animal. When there is an overload in the body's elimination mechanisms, our organism looks for new detoxification strategies, using, for example, skin, nails, hair (dead cells), and lungs (production of mucus), so dermatitis, asthma, sinusitis, and allergic rhinitis are inflammatory processes that illustrate in an excellent way how our body reacts to a scenario of intoxication.

In general, all pathologies are associated with a lack of vitamins and trace elements. This is one of the reasons why we should resort to supplementation. Contributing to a healthy liver implies a process of food re-education and a change in habits and behavior. From time to time, this organ also lacks a detoxification process: a need that becomes more evident after overeating or alcoholic beverages and which is an essential first step in the implementation of any plan aimed at weight loss.

Nowadays, different formulations are available in order to contribute to the maintenance of an adequate functioning of the liver and gallbladder. However, it is important to select products whose composition presents itself as a better alternative for periods when the liver is particularly weakened or under greater aggression. To this end, I took the liberty of choosing the three dietary supplements that, from my point of view, provide greater benefits in the liver detoxification process: Advancis Hepa Plus (ampoules), Aquilea Stagutt Detox (drops), and Hepa Action (capsules) ).

Milk Thistle is a common constituent in all the products mentioned. It has a diuretic, anti-inflammatory, antioxidant, and cholagogue action, which facilitates the exit of bile into the intestine, and can be used during pregnancy and lactation. Its properties are necessarily found in the fruit, from which silymarin is extracted, which is a constituent with hepatoprotective action, and is therefore capable of regenerating the liver and pancreas.

On the other hand, Dandelion is present only in drinkable formulations. Thanks to its diuretic effect, it contributes to the elimination of undesirable fluids, as well as to the stimulation of gallbladder activity. With active compounds in the root and leaves, this mild laxative is still recognized due to its antioxidant, anti-tumor, and remineralizing properties.

Although the action of the Artichoke interferes with the metabolization of some drugs, and its consumption is prohibited during the periods of pregnancy and lactation, this plant is very present in detoxification products because it helps the metabolization of fats, being hepatoprotective and hepato stimulant. It is present in Aquilea Stagutt Detox, along with compounds such as choline and sage and rosemary extracts.

In addition to these constituents, addressed in greater detail, others are also relevant for liver cleansing, such as carnitine, and plants such as St. John's Wort and Gale of The Wind.

Liver detoxification is a path that must be traced to your individual needs, but in any case, it is certainly the first step towards a healthier lifestyle. Taking care of your digestive health, maintaining liver well-being, is a journey that will not only allow you to minimize the occurrence of various conditions but will bring your body the necessary preparation for weight loss processes. And by the way, do you already know our latest news, Easyslim products?

Stay with us. See you soon!

*This establishment has online Complaint Book